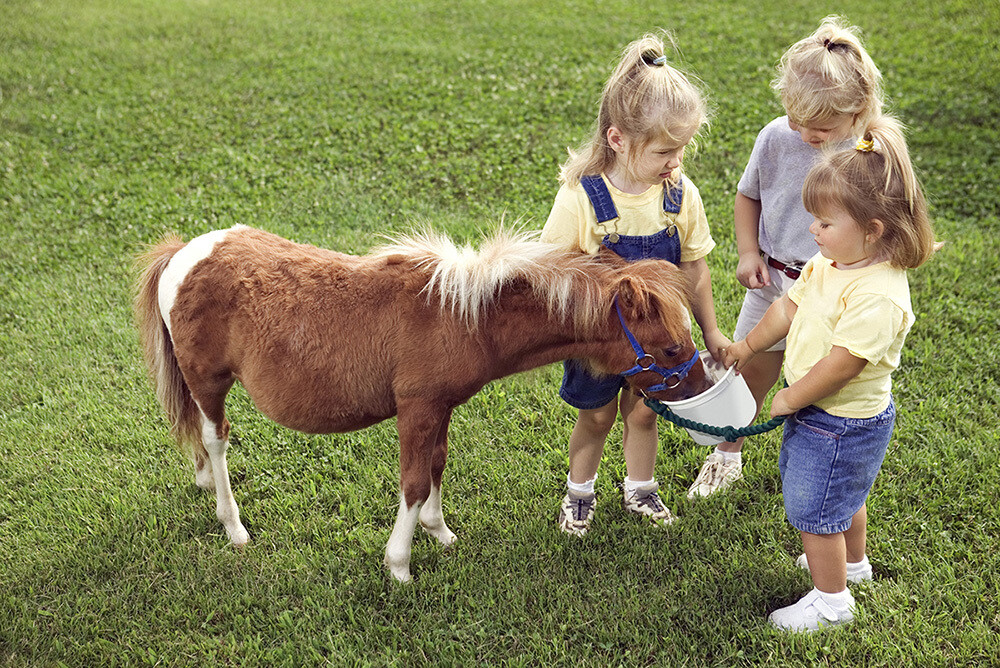 This Delicious Peppermint Treat will have your pony pal pawing the ground with delight when they see you coming!

THICK ROLLED OATS
Why OATS are healthy for horses. Oats contain a highly digestible form of starch that doesn't require heat treatment or processing. Therefore oats can be fed whole and unprocessed to horses. Oats are the only grain fed to horses that contain starch that is easily digested raw; all other types of grain (eg barley, corn, wheat, rice) fed to horses should be heat – treated: eg boiled, slow-cooked, steamed, steam-rolled, extruded or micronized) to improve the digestibility of the starch and to help to avoid hindgut issues. The digestibility of the starch in raw oats is around 90% while the digestibility of the starch in corn, wheat and barley is around 35% (until it is heat-treated and then it rises to around 90%, the same as raw oats). Oats are the grain which is highest in fibre and lowest in sugar and starch of all the cereal grains fed to horses, so they are least likely to cause insulin spikes and blood sugar fluctuations, as well as hindgut and/or behavioural issues.

WHEAT BRAN
Wheat Bran is a Good Source of other Minerals and B Vitamins. As well as being a great source of phosphorous bran also has good levels of magnesium, copper and zinc, when compared to hay/haylage or cereals, and high levels of B vitamins.Wheat bran averages over 17% protein
Much of the nutritional value of wheat is concentrated in the bran. In addition to the above, it averages over 17% protein, is a good source of the amino acid methionine, and is high in B vitamins. The bran also has a rich supply of fiber bound antioxidants which are released during fermentation in the cecum and colon, contributing to disease protection in those areas of the gastrointestinal tract.

OAT BRAN
Oats are a favorite feed among horses and horsemen alike. In preference tests, horses consistently choose oats over many other feeds, including cracked or whole corn, alfalfa hay, wheat, barley, rye, and soybean meal. Oats are used extensively in the creation of commercially prepared feeds, with some containing over 30% oats. Much of their popularity as a feed for horses may be due to habit as much as tradition. Ask any non-horseman what horses eat and invariably oats and hay, and maybe grass, will come up. Peace of mind may also induce owners to feed oats as they are the safest of all cereal grains for horses, being relatively high in fiber and low in digestible energy.

ALFALFA POWDER
Alfalfa, also named lucerne (Medicago sativa) is an important forage crop in many nations throughout the world. It is a perennial flowering plant in the pea family Fabaceae grown as an important forage crop in several countries. The term alfalfa is derived from Arabic, exactly the phrase al-fac-facah, which accurately means “Father of all foods” because it is rich in crucial nutrients. It is used for grazing, hay, and silage. It is a widely cultivated glabrous

perennial native to southwestern Asia, and was first cultivated in Iran. It has been cultivated as livestock fodder since at least the era of the ancient Romans and Greeks.

DRIED APPLE
Dried apples are tasty and healthy and loaded with natural sweetness. Drying discards the moisture from food so that yeast, bacteria and mold cannot grow and spoil food. Dried apples are an excellent source of both insoluble and soluble fiber and loaded with antioxidants, vitamins and minerals such as iron and calcium.

CANE MOLASSES
Molasses increase the energy load of a feed due to its sugar content. In fact, its energy content is comparable to oats, although energy in oats is afforded by starch, not sugar. Additionally, molasses contains significant dry matter, up to 85%. Molasses tends to be high in calcium because lime (calcium hydroxide) is typically used during sugarcane processing. Other than this, it offers little in the way of nutriment. Low to nil quantities of protein, fiber, fat, minerals, and vitamins are present in molasses.
Molasses improves palatability, reduces dustiness, eliminates or decreases sorting of certain components in a textured feed, aids in the pelleting process, improves mixing integrity of a concentrate, and adds nutrients or other ingredients to a ration.

PEPPERMINT
All the mints, including peppermint, are among the oldest herbs used for medicinal purposes. Peppermint was cultivated by the Egyptians and is mentioned in Icelandic herbal pharmacopoeias of the 13th century.
Peppermint is one of the main herbs for digestion and contains between 0.5% and 1.5% of volatile oil, found in all parts of the plant. The oil content is highest just before flowering. The quantity of oil in the plant can vary depending on the variety of mint, the soil it is grown in and the climate. The oil consists of about 50% menthol.
The reason peppermint is such a valuable herb for the digestive system is because of this oil. It has a carminative action, helping to relax sphincters and the smooth muscles of the digestive system, assist in the expulsion of intestinal gas, tone mucous membrane surfaces and increase peristalsis. Peppermint oil is sometimes administered to people in capsules for irritable bowel syndrome.
The oil has a cooling, soothing and anesthetic effect on the smooth muscles of the stomach and intestines, which makes it one of the key herbs to choose when dealing with horses prone to colic, gastric or duodenal ulceration, smooth muscle spasm, trapped gas, digestive cramping or poor appetite.
Peppermint contains a bitter quality that increases bile secretion and helps stimulate the appetite as well as tannins, which can help with horses who suffer from loose droppings or bouts of diarrhea.

Save this product for later
Display prices in: USD